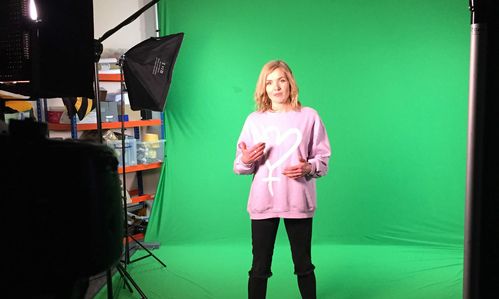 Young people to share their faith and learn media skills with the help of Allchurches Trust funding.

A Growing Lives grant of £16,750 from Allchurches Trust is helping to fund the ‘Young People Filming’ project - a unique concept from the charity, Make Jesus Known. The grant will be used to build a video studio, where 30 young people will learn how to create video content designed to share their faith.
The studio will be based in Oldham, ranked as one of the most disadvantaged towns in the UK. The films produced will aim to bring positivity and faith into young people’s lives and the space will provide ongoing training and development - encouraging Oldham’s budding Steven Spielbergs to get creative and improve their broadcasting skills.
Tim Cooke, CEO of Make Jesus Known, said: “Many churches lack the resources to do something like this that is cutting edge, uses technology, and engages young people. We have a proven track record of engaging this age group, and this funding will enable us to reach more young people.”
Andrew Bass, Grants Officer for Allchurches Trust, said: “We are delighted that our Growing Lives grants programme is supporting a project which not only trains and educates young people in the art of video production, but will also produce content to support other young people in their faith journey. The new studio is great way to connect with people in a modern and relevant way, while also teaching them about the Christian faith.”
The ‘Make Jesus Known’ team received their Growing Lives grant from Allchurches in November 2019, and since then, they have been working hard to get the project up and running. Initially, the charity intended to convert space in their offices, but when this option was no longer viable, they had to pause construction on the studio.
Fast forward lots of discussion and prayers, and the charity found a larger premises right in the centre of Oldham. The new premises have more scope to expand the work and are based in an accessible location for young people who want to get involved. The new location will also give ‘Make Jesus Known’ a base to launch events and shout about this fantastic project!
During this busy period of development, the charity has been full steam ahead creating a temporary studio and purchasing some of the equipment needed with the funding. This week they released their Easter video, we’re sure this will be the first of many inspirational videos to come…
padding: 300px;